IP Literacy in Asia: From Mobile Games to Creator Education

China, South Korea are Singapore have relatively new the intellectual property systems. Yet all three place a high priority on conveying IP basics to creators, entrepreneurs and consumers. This report summarizes some of their key initiatives.

• National IP office and education institutions have made sizable investments

CIPU examines the types of IP awareness programs available in the U.S., UK, Japan, Korea, China, Germany and Sweden, and their impact.

Key findings of the report include: 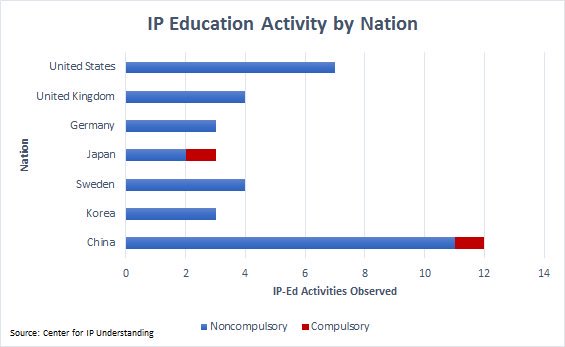 Awareness and Attitudes: A summary of Research and Data

There is a growing “disconnect” between consumers, intellectual property awareness and behavior. These findings were published in a CIPU summary of research and surveys focusing on a decade of IP awareness and attitudes in the U.S., Europe and Asia reveals

Key findings of the report include:

An infographic of more key findings.